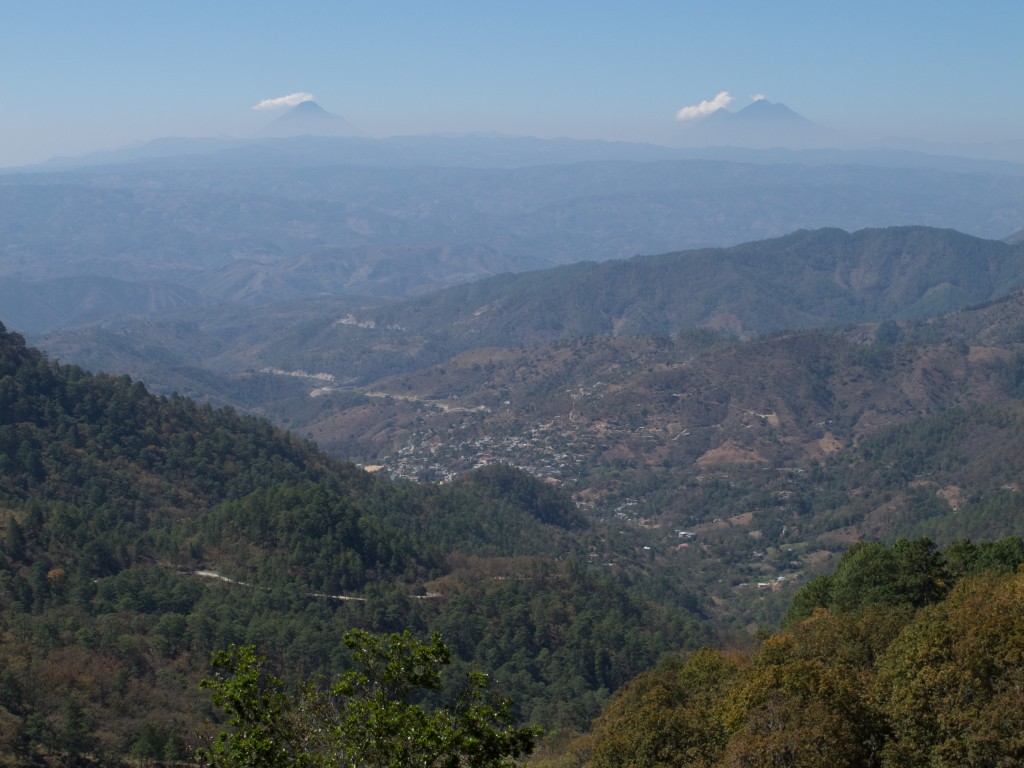 Summarizing 6 countries in one blogpost will be hard, so I’ll keep it straightforward. I spent almost 4 months in those countries which together represent less kilometers than in Mexico. My days were slower, I stopped more often, amongst other things to do some volunteering and visit friends and family on vacation there. Some mechanical problems slowed me down, as well as those wonderful encounters building up my trip. Actually, this is not slowing down : it’s discovering, learning, living. 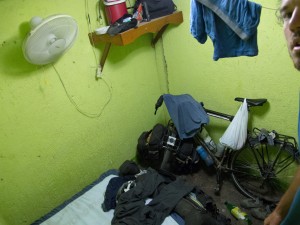 There is a lot less active CouchSurfers and Warmshowers hosts who can invite you at their place in Central America but still I was able to meet a couple in Costa Rica and Panama. Camping is not always recommended, you have to make sure that nobody can see you, which is not always easy as uninhabited places are few along the road. Moreover, hotels are sometimes so cheap, mainly in Guatemala, Honduras and Nicaragua, that it is very tempting to go there at the end of the day. I paid for about 25% of my nights, sleeping in small hotels without charm costing between 4 and 8 $. Most of the time, going to places called “hospedaje” is cheaper than a hotel, and it worth the try asking if they have room with common bathrooms, that will obviously be cheaper. In touristic places, like Atitlan Lake and Antigua in Guatemala, or many places in Nicaragua, you can find youth hostels for 5 to 10 $.

In Costa Rica, the cost of living is way higher that its neighbors. What is called there “cabañas” are little motels like “hospedajes” but weren’t economical in my situation. Fortunately, I was able to meet people who let me sleep at their house, or I set up my tent near businesses. I did that in Panama as well, restaurants outside cities being a good bet, which often have a piece of land behind the building, a bathroom… and food.

The good fun in Central America is that each country have it’s speciality, which sometimes look alike, so the name change. Bakery creations change with borders, the tortilla get smaller and thicker in El Salvador (and sometimes filled with cheese and other good stuff and they call them “pupusas”), and you find less of them in Costa Rica and Panama. While red beans and rice are all around the region, it’s only when arriving in Nicaragua that somebody had the idea to mix them together and create “gallo pinto”. Costa Rica does the same, simply calling it “pinto”. Both countries fight for who first created the meal. Plantains, cooked and fried, goes often with the midday meal served in “comedores” (or “soda” in Costa Rica) with a piece of meat, and of course its load of rice and beans. I had for a while a fix on delicious and crunchy plantain chips. Fried chicken restaurants are all around, which gives a good dose of fat that will anyway burn quickly under the Central American sun. Energy can be found in malt drinks, popular in Panama, paying 25 cents for a bottle of “Vigor”.

The fruits made me happy, which are almost given. There are little fruit stands everywhere, people selling what grows on their land and around. Only in Panama they are less on the road. If I said wonderful things about Costa Rica, I haven’t talk yet about their fruits, filled with water and probably other things, made by big multinationals for exportation. Way less tasty as twisted small mangoes or watermelon full of seeds that you can find in Nicaragua.

The distance between the Pacific and the Atlantic is thin in Central America, reaching only 80 kilometers in Panama. Going along the Atlantic is not an easy thing. There is generally no road along this coast, perpendicular ones from the central road linking the Caribbean ports to the rest of the country. It is possible to see a generally flat Central America, looking at the volcanoes from far away, following the Pacific coast. You have to be ready to get hot though. With my desire of getting things complicated, I chose to go on the central road, surrounded sometimes by impressive mountains, mainly in Guatemala. This central road is the PanAmerican, which goes through the capitals, but even though it can be thrilling at times, it can be possible to avoid them by smaller roads if you don’t want to go play in the traffic and the pollution.

The following links brings you to the individual blogposts for each countries, where you can find a map of the roads I took:

And to see or see again the Central American pictures, here they are: