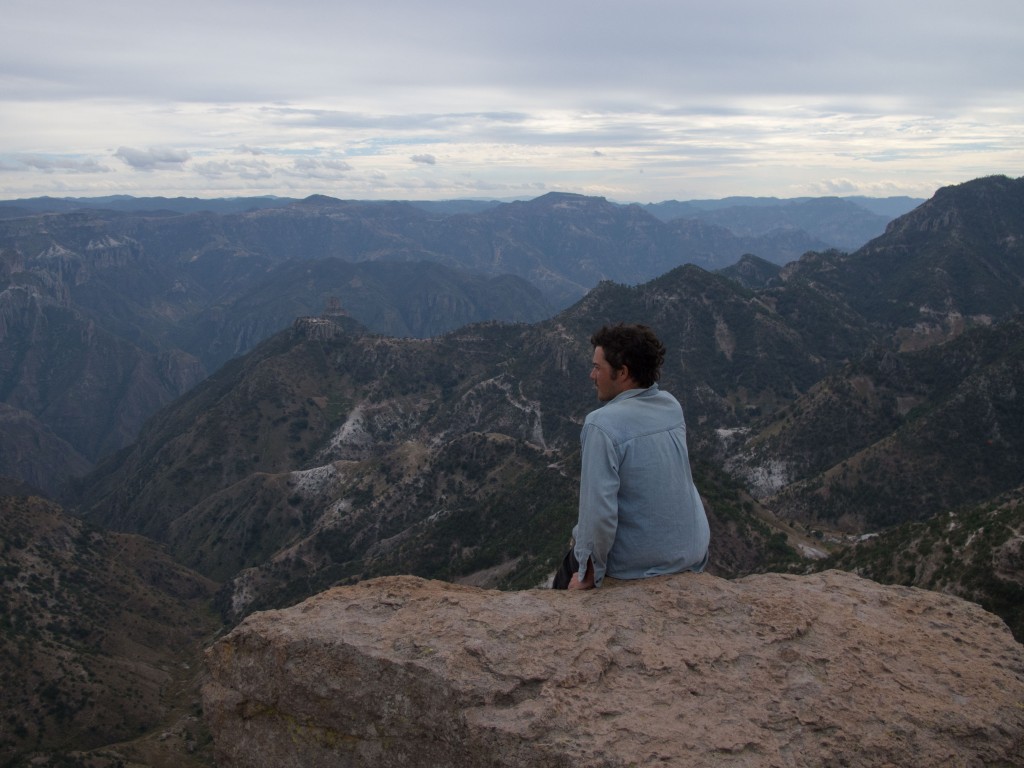 Changes hasn’t been as drastic as we could think: ranches, cow-boys and big trucks, all that is still there south of the United Statian border. However, we were surprised to discover active villages where people walk outside, where small business are everywhere and where we easily found fruits and vegetables to feed us well. The only difficulty was to find white gas for the camp stove, but as I have the International version, I can use it with other fuels like gasoline, even though if it is a little less clean for the stove.

Many times people in USA tried to afraid us about Mexico and we did well not to take it for granted. Even if Chihuahua is reputed for not being quite stable, it’s western part, where we were, if way more calmer. We never felt uncomfortable so far about where we were and who we were with. People are super friendly and curious about what we are doing and help us a lot to find us a place to stay for the night.

Roads are a bit narrow and shoulders is a luxury that we rarely find. We then have to take space on the road, but the drivers are really polite and pass us only if safe. We are getting used to see trucks from the military, the federal police or the state police, where men stand up in the back of the pick-up, covered from head to toes, gun in hands. Suddenly, we realize that they might influence civilian population that seems to appreciate to stand up in a moving vehicule: kids in a truck, farmers on the top of their hay stack pulled by a tractor and any kind of man “supervising” the road standing on their truck. We often have to pass through police or military control, but they are more curious about why we are doing this crazy trip than what is actually in our luggages.

The flat roads that brought us outside USA continued for a few days, but on our right, the Sierra Madre Occidental was getting more and more closer. We finally turned toward it in Buenaventura and started climbing. Those mountain roads brought us, regularly going through sympathetic small villages, to the area of Barranca del Cobre, also calle Sierra Tarahumara, scattered with deep canyons and home of the homonymous native nation. We could visit the area more that we could hope thanks to people with met that brought us by car to Divisadero, where it would have been too long to do this sidetrip by bicycle.

And then it was time to go back on unpaved roads. 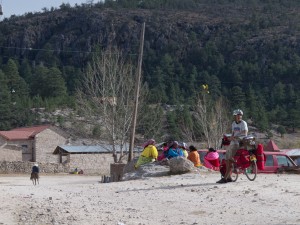 The 70 kilometers de Cusaráre a Norogachi took us a day and a half to go through, the gradient of the road being so abrupt. We had the impression to be in reversed mountains: we were going from one canyon to the other, through tough climbs, topping up for a more or less long distance and then taking a downhill as hard or harder as the uphill. However, we went through authentic villages, where women were wearing their complex and colorful traditional clothes, where we sometimes had to pump our water from the village’s well and where we could safely camp on discreet spots found not too far from the road. In the end, it was a good choice.

From Guachochi, where we rested a little bit, we felt like we were about to leave the area, seeing vegetation change and downhills getting bigger than the uphills. We tumbled down to Balleza with a mouth-watering downhill that made us leave our long sleeves at the bottom because of the warmth caused by the lost of altitude. 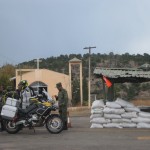 The next day, it was the end of our 15-day section in Chihuahua State. Once the military control passed, were Pablo got yelled at because he wanted to take a picture, we entered Durango State.

Contaminated by our experience in Mexican country-side, we found two little unpaved roads to take in order to avoid the city of Hidalgo del Parral and the busy PanAm road. We were going from one ranch to an other, walking across rivers with our bike and camping along the water. On the road, we heard about Aguas termales Los Morillos, a simple installation pouring out hot spring water which for us was a luxury shower and a wonderful rest area. A kind of place you won’t hear about in the Lonely Planet.

We sometimes arrived in small villages at sunset asking people where we could spend the night. Most of the people don’t what us camping between two villages and they get organized to find us a quiet spot. The Endocino’s judge offered us what is used as a prison cell in the village, a man in Jihuites set up a little cocoon in its courtyard made with a pick-up backend roof, a man in Corrales opened us the door of the community events hall and a businesswoman in Canatlán let us sleep in her store. Moreover than sleeping in original places, we met extraordinary people, very generous and caring.

The last days were like a roaller coaster from one valley to an other. More we were going forward tough, shorter the uphills were. The sensation of going up two-third or the full uphill with the speed of the last downhill is quite satisfying! Te road finally calmed down in a large valley that brought us to Durango City.

Here we are in Durango, ready to start a quite more urbanized section, an important city being on our way about every three days. The objective is to arrive in Tasquillo before Chirstmas (at about a thousand kilometers), where friends of Pablo’s family invited us to spend La Navidad. We will leave our bikes there to take the bus and play “standards tourists” around New Eve in Mexico City. Then back to our bikes in 2013, going around the capital from the North and the East, toward Oaxaca, Chiapas and eventually Central America!