CycloExpedition Americas, it’s a 27,000-kilometre journey (16,900 miles)… on bicycle! The departure is set on the summer solstice 2012 from Inuvik, north of the Arctic circle, in the Northwest Territories of Canada and the arrival is planned one and a half years later in Ushuaia, in Tierra del Fuego, south of Patagonia, in Argentina. Moreover, to give a little bit more of vertigo to this challenge, the itinerary, as seen below, follows along and traverses many times over the dorsal spine of the continent, the Great Continental Divide, biking through the Rockies and the Andes.

In Central America and north of South America, many weeks will be dedicated to volunteering in organic farm, doing WWOOFing or in other organizations.

With the right photo equipment, unpredictable moments on the road will be shared. You will find on this website texts about our adventures, with photos and videos of this great project.

More detailled maps are available on this blog post written in April 2012.

Who is on the road? 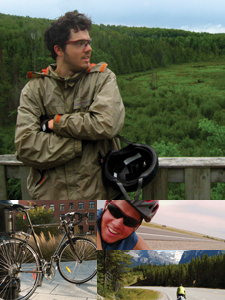 Etienne Théroux
Since he experienced his first trip when he was 17 years old, it’s hard for him to stay at the same place more than a year. Etienne has long-stay travel experiences in France, Canada, Australia and Spain. He also worked as a tour guide in Canada and United States. Through all this, he was able to finish his study in tourism and to continue classes at university in tourism management, communication and international cooperation. Loving life and curious about new things, he likes challenges even if sometimes they make his life harder. At 19 years old, he went across Canada on bicycle with a friend, from St. John’s, Newfoundland, to Victoria, British Columbia. They said to themselves at the end of the trip, as a joke, that after crossing the continent from east to west, they would have to do it from north to south. Seven years later, it’s not a joke anymore! 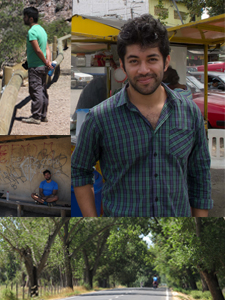 Guillermo Sarmiento González
Joined the project from January 25th 2014 in Santiago, Chile to April 27th 2014 in Lapataia, Ushuaia, Argentina
Guillermo, 26, hosted Etienne through CouchSurfing while he was passing by Cali, Colombia. The idea of traveling by bicycle amazed him. Making his dream a reality two months after graduated in journalism and social communication, he took a flight to Santiago and join Etienne for the last 4.000 leg of the journey. 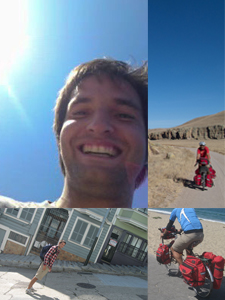 Pablo Mercker-Sagué
Joined the project from October 18th 2012 in Santa Fe, New Mexico, United States to December 9th 2012 in Zacatecas, Mexico. – Website
Pablo, 28, met Etienne when they were studying in Barcelona in 2010 and he remembers him very well talking about his plan for the first time on Plaça Revolució. After having worked and studied in the tourism sector for over 10 years, he now decided to be a tourist himself… on a bike! He was born in Oaxaca, Mexico, but grew up in Bonn, Germany. This journey will be a wonderful way of getting to know his country of birth as well as almost a whole continent!

Jörg Schanbacher
Shared the road from Breaburn Lodge, Yukon, Canada, July 12th 2012 to Highway 20, Idaho, United States, on September 18th.
Website
35 year old and a big connoisseur of bicycle travel, Jörg went through United States from East to West and Australia from North to South, without counting all the travels he did in Europe. His hometown is around Stuttgart, Germany. This time, he started in Alaska with the objective of going to Patagonia. He caught up Etienne on the Klondike Highway in Yukon and they are traveling together since then. Their road will split up in United States, where he will meet his girlfriend in San Francisco to continue on the west coast as Etienne will go on with his journey through the mountains.

Other cyclo-travelers which whom I shared the road with 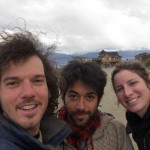 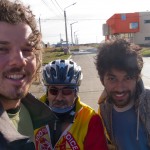 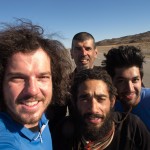 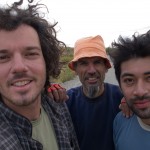 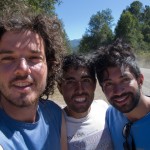 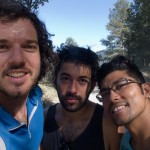 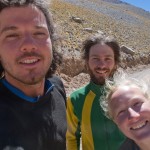 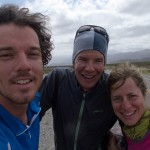 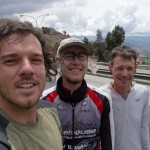 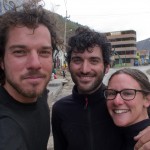 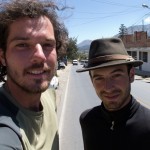 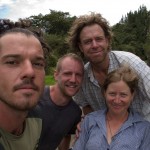 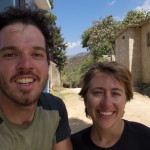 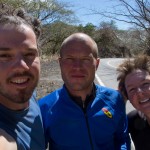 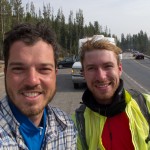 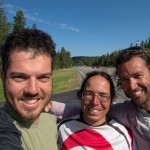 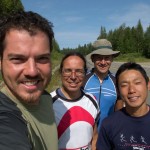 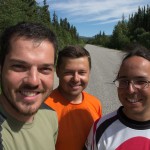 4 thoughts on “The project”